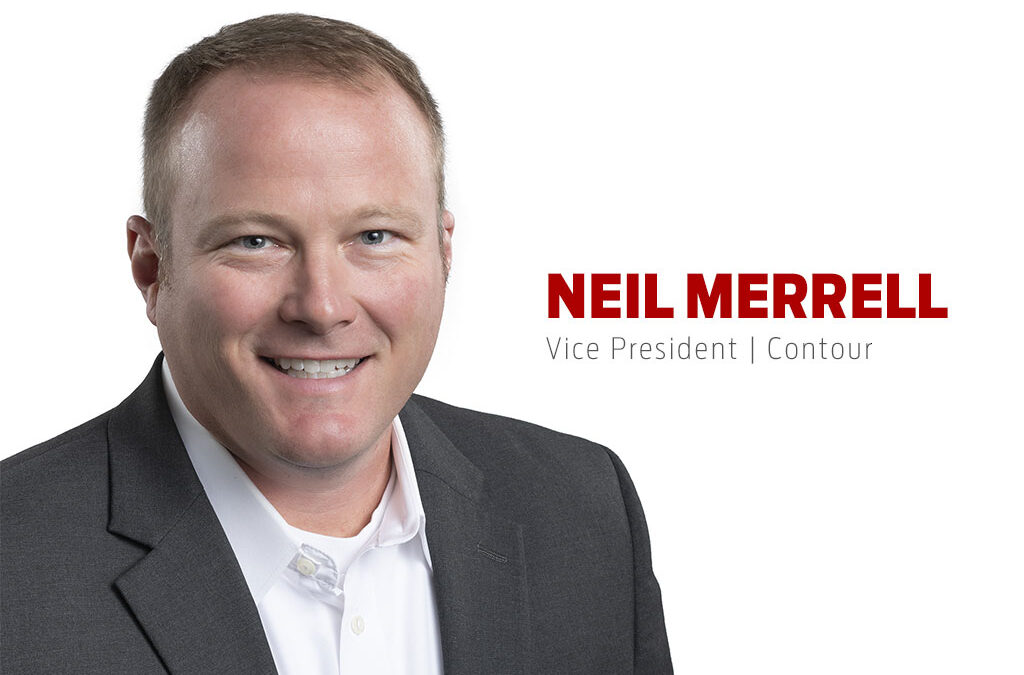 (INDIANAPOLIS, IN) Contour is proud to announce the promotion of Neil Merrell to Vice President effective immediately. Neil’s proven leadership and more than twenty years of experience with Contour has made him an invaluable member of the Contour team and has fully prepared him to accept a more strategic leadership role as Contour enters a new era in the company’s development.

Neil Merrell is only the second person in Contour’s 37-year history to hold the role of Vice President. Contour co-founder, Mike Chaplin, was the first to hold this title at the company’s founding in 1986.

“Neil’s a machine. He just never stops.”, Said Ben Crawford, President & CEO, Contour. Crawford added, “Every day he proves just how invaluable he is to our team here at Contour. Speaking for both myself and the Board of Directors, it’s an honor and privilege to offer Neil this long overdue recognition and promotion”.

Neil is a 1997 graduate of Purdue University, West Lafayette, IN with a B.S. in Materials Science Engineering. In 2003, Neil graduated with a Master’s in Business Administration from Indiana Wesleyan University in Marion, IN. Neil served in the United States Marine Corps Reserves, Infantry Division beginning in 1994 until his honorable discharge in 2001.

In 1996, Neil joined Contour as an intern and hasn’t looked back since. Hired by Contour as a Metallurgical Engineer in 1998, Neil would hold that role until his promotion to Manager of Advance Development and Contract Processing. However, he would only hold that position until June of 2008, when he would be named Heat Treat Operations Manager. Neil has maintained this position until his most recent promotion to Vice President.

“I couldn’t be more excited.” Noted Merrell. “It’s great to be recognized, and I can’t wait to get started. Contour has taken a new direction in the last few months with an eye on growth both nationally and internationally. I’m thrilled to be asked to be part of the team tasked with making it happen.”

Contour (www.contourhardening.com), based in Indianapolis, Indiana, with additional operations in Silao, Mexico, is an innovation-driven company with a strong portfolio of products and services that significantly improve heat treat processing techniques for products across multiple industries around the globe.